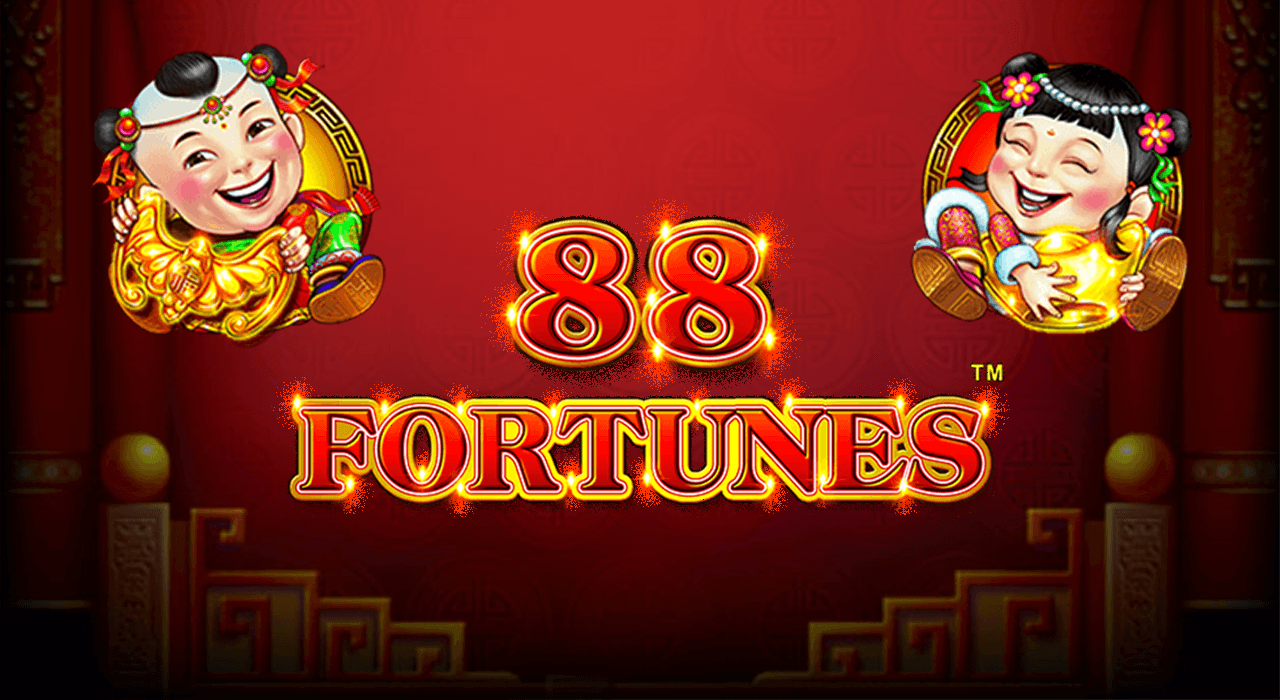 The 88 Fortunes slot has been around for many years, but up until a few years ago, it has mostly been seen in Chinese casinos, and not in the US. In recent years new versions of the game began appearing in Vegas casinos and later in online casinos as well. It has been raising in popularity ever since.

The game takes its name from the maximum bet – 88 if made in credits, and 880 coins otherwise. 88 Fortune is a progressive type slot, meaning a jackpot that increases incrementally as you play the game. It is brought to you by WMS, and it really stands up to the standards of this industry giant – which means good graphics and lots of attention to details.

It’s a Chinese themed game (no surprise there) featuring 5 reels stacked 3 high with 243 ways to win. You have several bonus features including the Fu Bat Wild symbol, multi-way paylines, free spins round and up to $200,000 in massive jackpots. 8 is a lucky number in Chinese, so two 8’s (88) mean double blessing, and it sure feels like it, with all the opportunities this slot offers you.

88 Fortunes is overloaded with symbolism, deep reds, and golds that dominate the machine case – as you can expect from a Chinese themed game. Display and reels are supplemented by oriental style paper lists for the game features and win table descriptions. The music is also typical, a neutral wind and chime oriented piece, not particularly engaging but not irritating either.

Low-end symbols are standard card deck icons (10, J, Q, K, and A), but it’s the higher paying icons you should really pay attention to. Those include a ship, a turtle, a bird, stacked gold ingots, and a Chinese dollar. Players can bet on 5 different levels, for each level selected another one of the high-paying symbols turns gold, boosting their payout and bankroll.

There are four lucrative bonus features: the Wild Symbol, Multiple Pay Ways, Free Spins Feature and Fu Bat Jackpot Feature. The wild symbol is the ‘Fu Bat’ icon, which substitute for ALL symbols but offers no wins in of itself and appears only on the 3 middle reels. The Multiple Pay Ways means that on maximum bet you will access 243 paylines, and matching symbols need only land of adjacent reels in order to form combinations.

If you land three or more golden gongs on reels 2, 3, and 4, you will receive 10 Free Spins in which all the low paying card symbols disappear, and all that is left is high paying combination potential. This round can also be re-triggered in the same way it was initially triggered. That is the Free Spins Feature.

And finally the last one – Fu Bat Jackpot Feature. When one or more ‘wilds’ appear on the screen, you may randomly be awarded the opportunity to take part in a mini-game, which if successful could afford you the chance of winning one of the jackpots.

The bonus features of 88 Fortunes are wonderful, but what really separates this game from its rivals, is the approach to controls. The usual control panel, that we were used to, has been completely ditched. Instead, you have buttons that are spread around the UI, and the spin symbol positively glowing on the screen. And this really gives the game a sense of uniqueness.

Should I Play 88 Fortunes?

If progressive jackpot wins are what you are after. If you have a big bankroll and don’t mind investing big to win big.

If you are an oriental theme lover, that believes in good luck and wants to play a serious casino machine – then the traditional 88 Fortunes slot is the game to play.

"An easy choice for NJ online casino players... makes them one of the best in the market"
Review
Play nowPlay now

This website uses cookies to improve your experience while you navigate through the website. Out of these, the cookies that are categorized as necessary are stored on your browser as they are essential for the working of basic functionalities of the website. We also use third-party cookies that help us analyze and understand how you use this website. These cookies will be stored in your browser only with your consent. You also have the option to opt-out of these cookies. But opting out of some of these cookies may affect your browsing experience.
Necessary Always Enabled
Necessary cookies are absolutely essential for the website to function properly. This category only includes cookies that ensures basic functionalities and security features of the website. These cookies do not store any personal information.
Functional
Functional cookies help to perform certain functionalities like sharing the content of the website on social media platforms, collect feedbacks, and other third-party features.
Performance
Performance cookies are used to understand and analyze the key performance indexes of the website which helps in delivering a better user experience for the visitors.
Analytics
Analytical cookies are used to understand how visitors interact with the website. These cookies help provide information on metrics the number of visitors, bounce rate, traffic source, etc.
Advertisement
Advertisement cookies are used to provide visitors with relevant ads and marketing campaigns. These cookies track visitors across websites and collect information to provide customized ads.
Others
Other uncategorized cookies are those that are being analyzed and have not been classified into a category as yet.
SAVE & ACCEPT
Age Verification You must be 21 years old to enter
Sorry You need to be at least 21 to visit out website